Mindfulness for the 21ste century 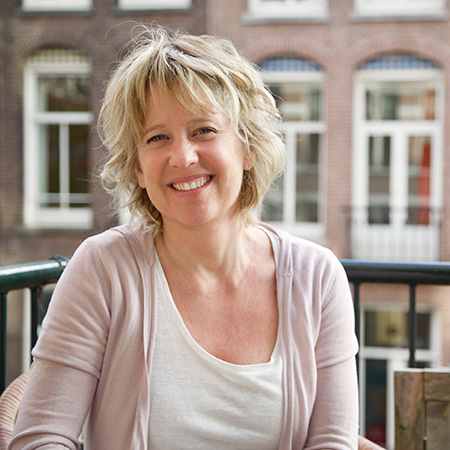 You have your life on track, a good job, great friendships and a nice house, but you still can’t enjoy it. And that’s because you are constantly hunted by your thoughts and worries about what you still have to do.

About all your projects, about your to-do list that never ends, about your full agenda that already makes you tired, just by looking at it, about all the messages from the internet and social media that bombard you, about that it’s never good enough what you do…

You are constantly thinking thinking thinking, it sometimes feels like you’re reduced to a walking head. You don’t enjoy your conversations anymore, because you are always thinking about what to do next. You don’t enjoy the things you do, because you are always worried if it’s gonna be fine. It’s becoming more and more difficult to relax. The pleasure in your work diminishes, you become irritated easily, and misunderstandings arise with your partner and friends. And already your body starts to protest with aches and pains and you are worried that one of these days you will fall out.

The more you think about how to find a calm mind, the more you analyze why you feel this way, the more plans you make to stop it, the further away the solution seems to lie.

Somehow you have the idea that you should listen more to your heart, because you know that your head doesn’t have all the answers. You just don’t know HOW and where to start. But you feel that NOW is time to take responsibility for your life and take action. In order to stop the constant thinking and worrying and find peace in your mind and in your life.

How would it be if:

This 8 – week group MBSR mindfulness training will help you to achieve these goals!

THAT SOUNDS GREAT. I WOULD LOVE TO JOIN

In eight weeks you learn the techniques of mindfulness through four different mindfulness meditations, theory and exercises about mindfulness and home practice.

A dedicated workbook with theory and home exercises and audio files assist you in your home practice. During the sessions you will be helped to reflect on your learnings in guided explorations of experiences and insights. This usually generates a pleasing atmosphere in the group and often lead to valuable friendships.

WHAT WILL YOU GET?

Next training in the winter:

If you want to start another moment, you can also choose for an individual MBSR Mindfulness course.

More and more insurance companies are willing to cover the cost of mindfulness trainings (mostly between €100,- and €350,-). Wineke van Aken is a VMBN certified Mindfulness trainer (category 1) which fits the insurance requirements. Conditions and prices may vary and can be compared here.

Employers, businesses and schools also understand the benefits of mindfulness and often agree to finance the course (for example out of a training or coaching budget). So it is worth mentioning it in the workplace.

IMPORTANT: It’s advisable to save about one hour per day for home practise. Don’t worry if you can’t make it every day, but just like studying to play a new instrument, the more you practice, the more you will get out of it.

THAT SOUNDS GREAT. I WOULD LOVE TO JOIN 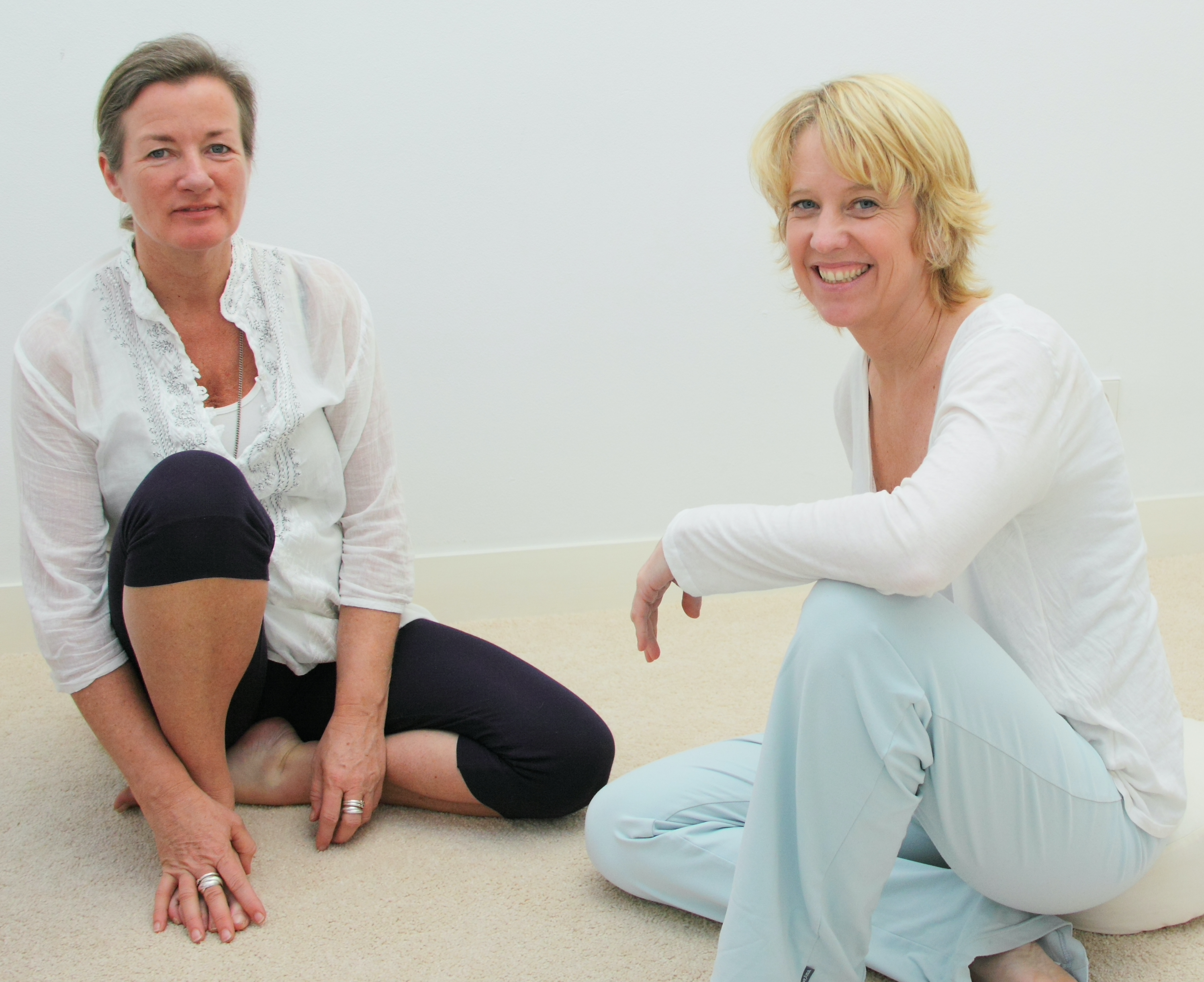 You can also follow this 8–week MBSR mindfulness training on an individual basis. We follow the MBSR curriculum, but we will focus on how to deal mindfully with the specific themes in your life.

I highly recommend this course! Wineke is a wise, patience, generous and gentle leader of mindfulness practices. I learned a great deal, deepened my own practice and I still carry Wineke’s teachings with me in my daily life. Reminders about ‘interruptions’ being neither good nor bad, have been helpful not only in my practice, but in my daily life, as I work and engage in creative activities.

Do you want to know how you can start to live mindful today? Then book now a free 30 minutes ‘Mindful Living Session’

Together we discover the possibilities in your daily life. You will receive 3 practical tailor-made tips plus an audio file so that you can immediately initiate the change that you long for. 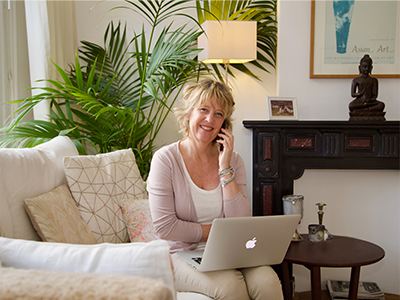 I will contact you within two working days. If you haven’t received anything yet, please check your spam box.
We will of course treat your data confidentially.

How do I know mindfulness works?

The MBSR mindfulness training is developped by Jon Kabat-Zinn in 1979. It is so well thought out and well constructed that it has hardly changed in the last 40 years. Most importantly, it is a science-based program. Research into the effects of mindfulness is still booming. A google search provides you with a large number of impressive research results. You can also look at the large number of positive experiences of the people who have done the training before you. I can write a book about it (which did ;)), but in the end you have to do it, in order to experience the effect by yourself (same thing when you choose for an education, vacation or medical treatment).

I am too impatient to sit still. Is mindfulness the right thing to do?

Since mindfulness is probably new to you, it may take some time getting used to it. But don’t let that put you off. It’s a skill that anyone can learn, just as you can learn to speak a new language or learn to play a new instrument. Once you get it, you will benefit from it tremendously.

Is this training something for me to do? I dread the group association.

The advantage of training in a group is that you support each other, learn from each other and above all that you see that you are not the only one who has issues with a busy and sometimes confused mind. It is also very powerful to meditate together in a group. In addition, it is not a therapy. We do not go into personal stories, and everyone decides for themselves what he or she wants to share.

Does mindfulness always work for everybody?

Mindfulness has a lot to offer. I have experienced it myself; I have seen it with my more then 1000 students and I see it all around me. But it is not a magic pill that will bring you to paradise from one moment to the next. You must be willing to look at yourself on a regular basis, in silence and without any distraction. But more isn’t necessary. With confidence in the process, mindfulness will naturally do its job. If you are in a difficult period and/or if you have depressing thoughts and feelings, please contact me. Then we will look together to see if this is the right time to do the training.

Why do I have to ‘go inside’ to be happy? I am a little bit nervous of what I will encounter.

Stress arises in the mind and there it has to be resolved. Everything else is a temporary solution. But when you do this mindful and with compassion there is nothing to worry about. It doesn’t kill you and it doesn’t drive you mad. It’s only unknow territory and off course that can be at times a bit tensive. But in the end, you don’t want to back to a life without mindfulness.

Wineke is a great mindfulness guide. She has one of a kind compassionate way in listing to you and guiding you through the mindfulness journey. I wold totally suggest her trainings and I look forward to more meditation workshops with her.

If you’d like to learn more about the art of meditation, the comfort in silence and learning how to “just be” in the moment, you need to study mindfulness. It gives you important tools to understand how to handle the chaos inside – and outside – our minds!

Wineke is a good teacher. She has – with mindfulness and meditation – openend my eyes and heart. I am so grateful to have met her.

I loved every bit of it! Wineke has been a great guide in this journey of mindfulness and meditation. I learned that it’s ok to ‘be’. Just letting things come and go, not pushing it or resisting, but mindfully watching it as an audience of a movie. Being mindful is an act of kindness towards ourselves and towards others and it therefore needs to be nurtured with utmost care and love in our daily lives.

Wineke is very knowledgable and experienced in MBSR Mindfulness.
I would recommend this training to everyone.

Wineke van Aken, founder of MettaMind, is certified Mindfulness trainer with more than 10 years experience. She helped more than 1000 people in their journey to a healthy and happy, mindful live. She offers English MBSR mindfulness courses in De Roos in the Vondelpark in Amsterdam.

The first time Wineke taught mindfulness it was in the basement, near the server room at the company where she worked. She did it during her lunch break as a favour to colleagues.

She was a senior consultant at a busy communications agency part Publicis, one of the biggest communication-groups in the world. For 17 years she had been a marketing/communication specialist working for companies such as Rabobank, Sanoma, Phillips and local governments.

To compensate her hectic work schedule she practiced yoga and meditation at a local club. She became more and more skilled and was invited to follow a teacher training in order to help others practice with her.

She then convinced her employer to dedicate a room to yoga at work. She was given a budget to buy mats and pillows and invited her colleagues to attend her classes for free during the work day.

Via one of those colleagues, she was asked to organize a yoga retreat in Bali which made her fall in love with the concept of retreats in beautiful places.

Outside of work, she opened a few private groups. Via word of mouth those groups became bigger and bigger. So Wineke continued training herself and gained enough confidence to give up her career and set up MettaMind.

She also wrote a book ‘De Metta Cirkel, published by ‘Uitgeverij Lucht’ which is founded by Bram Bakker, a well know psychiatrist and publicist, so that her vision on how to attain a balanced and happy life can be shared largely.

Her pupils have described her as a teacher who is kind, relaxed, friendly and with a good sense of humor.

Wineke regularly attends courses, supervision and silent (Vipassana) meditation retreats. This she does for her own pleasure and to maintain a high quality in her trainings and her personal embodiment of mindfulness. 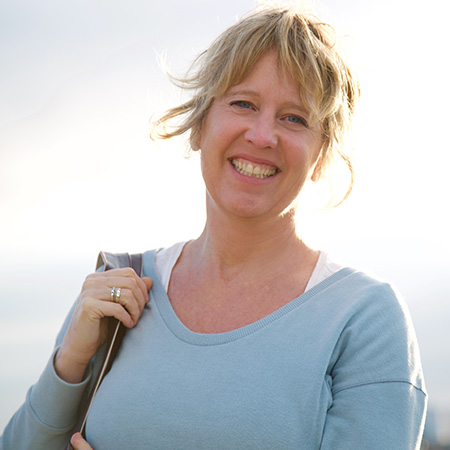